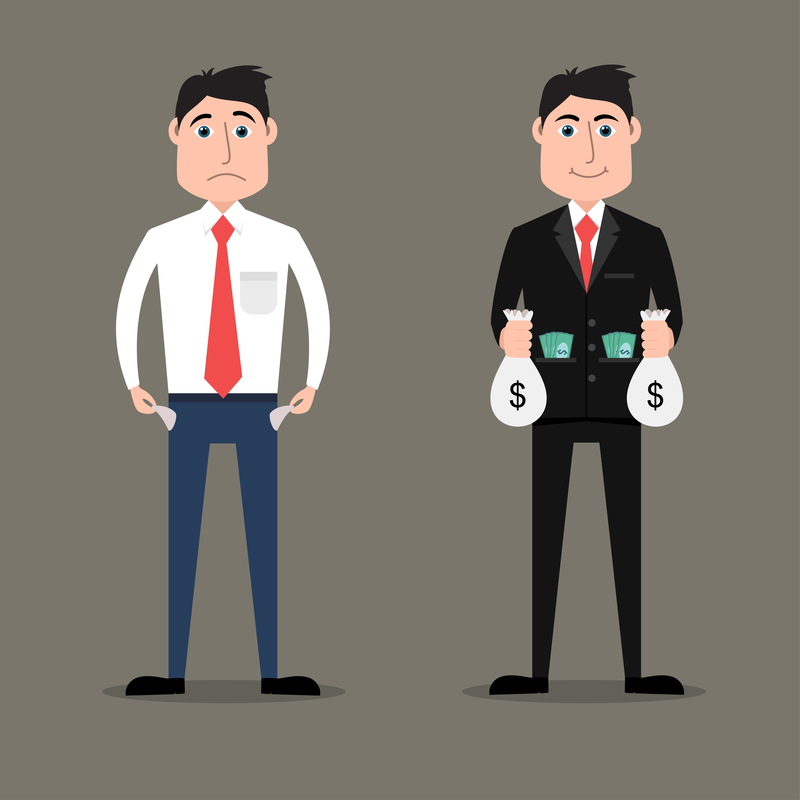 They’ll say, “Yeah, that’s probably right,” and then they’ll blow it off like they never read it.

But the fact is, I’m nearly certain that’s why some people crush it online and others never make more than a few hundred bucks here and there.

For example, imagine you’ve got some individual who maybe isn’t the sharpest tool in the shed. But he doesn’t know that. He thinks he’s unbelievably smart. He thinks his products are radically awesome. He thinks he’s king of the internet and master of his niche.

And even though his products are average and ordinary, and even though he’s not all that bright and certainly not clued in on what’s happening, he still does really, really well.

Then you’ve got this other person who is smart as can be.

She really cares about her customers and wants to help everybody and anybody she can.

She tries her very best to put out products that can revolutionize lives, but she wonders if she isn’t falling short.

Maybe she needs to work harder, or find more answers to give in her products, or just be an even better person.

The first guy KNOWS for a FACT that his products ROCK (as he would say) and that he’s “THE MAN.”

And this comes across in everything he does.

His emails, his videos, his website – they all exude a crazy amount of confidence, and customers pick up on that and are drawn to it.

But on her site, and in her emails and videos, she hesitates.

She wants only the best for her customers, so she holds back, just in case her latest recommendation isn’t good enough.

And customers pick up on her lack of confidence and don’t buy.

Now the question: Are you going to think about this and find a way to use this in your business?

Or… are you going to dismiss it?

“Because I really do think – or at least I believe – that I’m on to something here.”

Take a look at those last two sentences and notice the contrast.

Which one makes you sit up and take notice?

Which one makes YOU confident that I know what I’m talking about?

See what I mean?

You don’t need to be a jerk about it, but confidence and belief in your products will go a heck of a long way towards making you sales and customers who become raving fans.